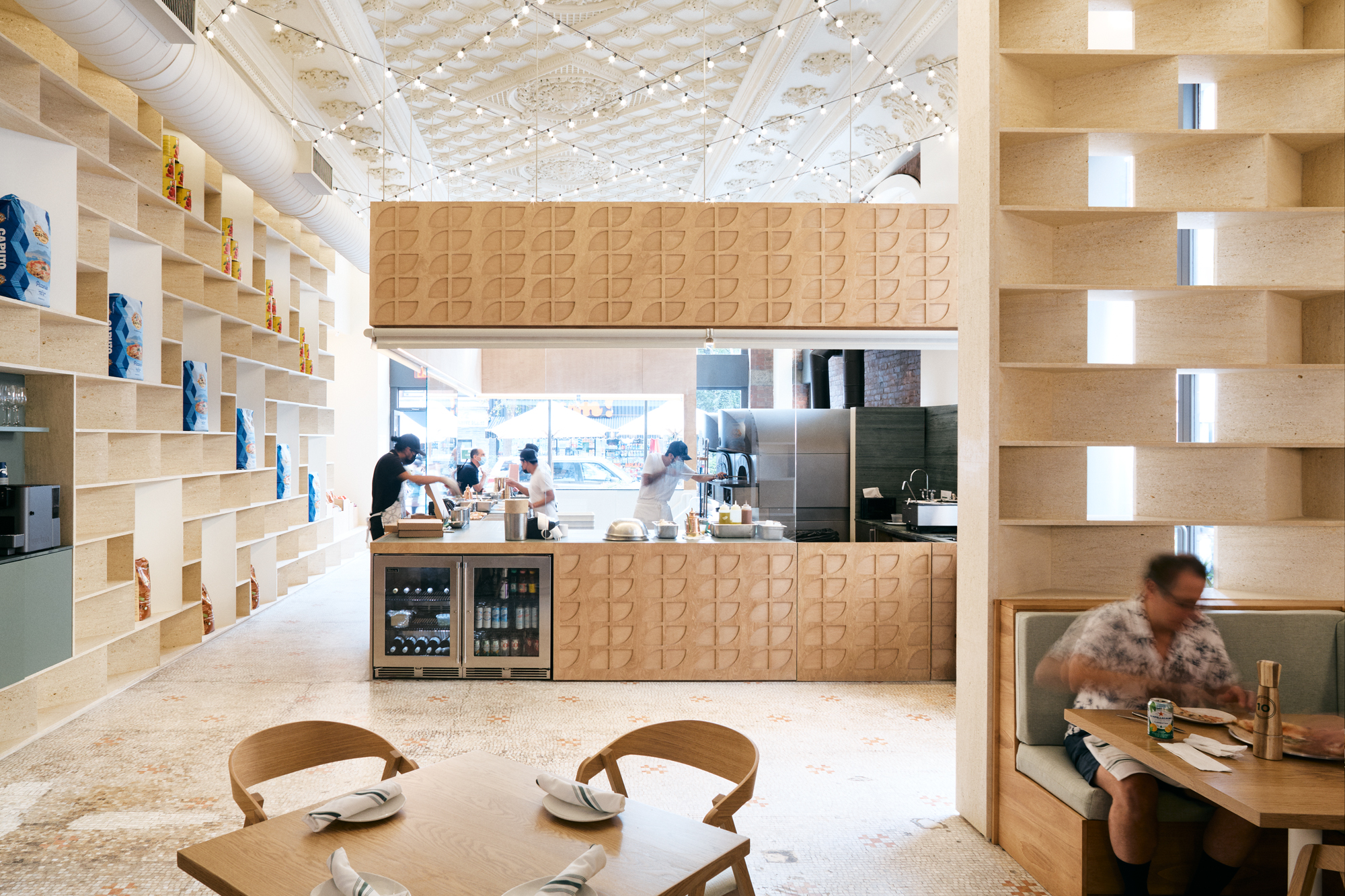 The design for SIMÒ’s new flagship location draws upon the tradition of Neapolitan pizza and the history of the Greenwich Village neighborhood of New York to create a restaurant that weaves together materiality, food, and the distinctive original architecture of the space in a sophisticated and welcoming environment.

The design centers around three concepts: cooking as performance, pattern as heritage, and the piazza as social space. The primary design elements of the space are an open kitchen, along with a chef’s counter of green Italian marble countertops, custom wood-paneled seating, and a stone wall of shelving highlighting authentic Italian ingredients. The kitchen is inspired by the traditional outdoor kiosks of Naples. Opening the view to the preparation of food offers diners a chance to engage in the performance of cooking. A diagonal grid of strung lights above, further amplifying the reference to courtyard social spaces.

Opposite the kitchen, the long shelving wall is built from volcanic stone from Naples, traditionally used for building facades. Together with the milled wood liner of the kitchen, which uses the restaurant’s logo as the base of its geometric motif, the three-dimensional angled pattern of the shelving adds a textural layer to the space that is echoed in the original mosaic tile floor and the ornamentation of the historic tin ceiling—carefully restored to celebrate the heritage of the building which was the famed Albert Hotel in the late 19th and early 20th century. 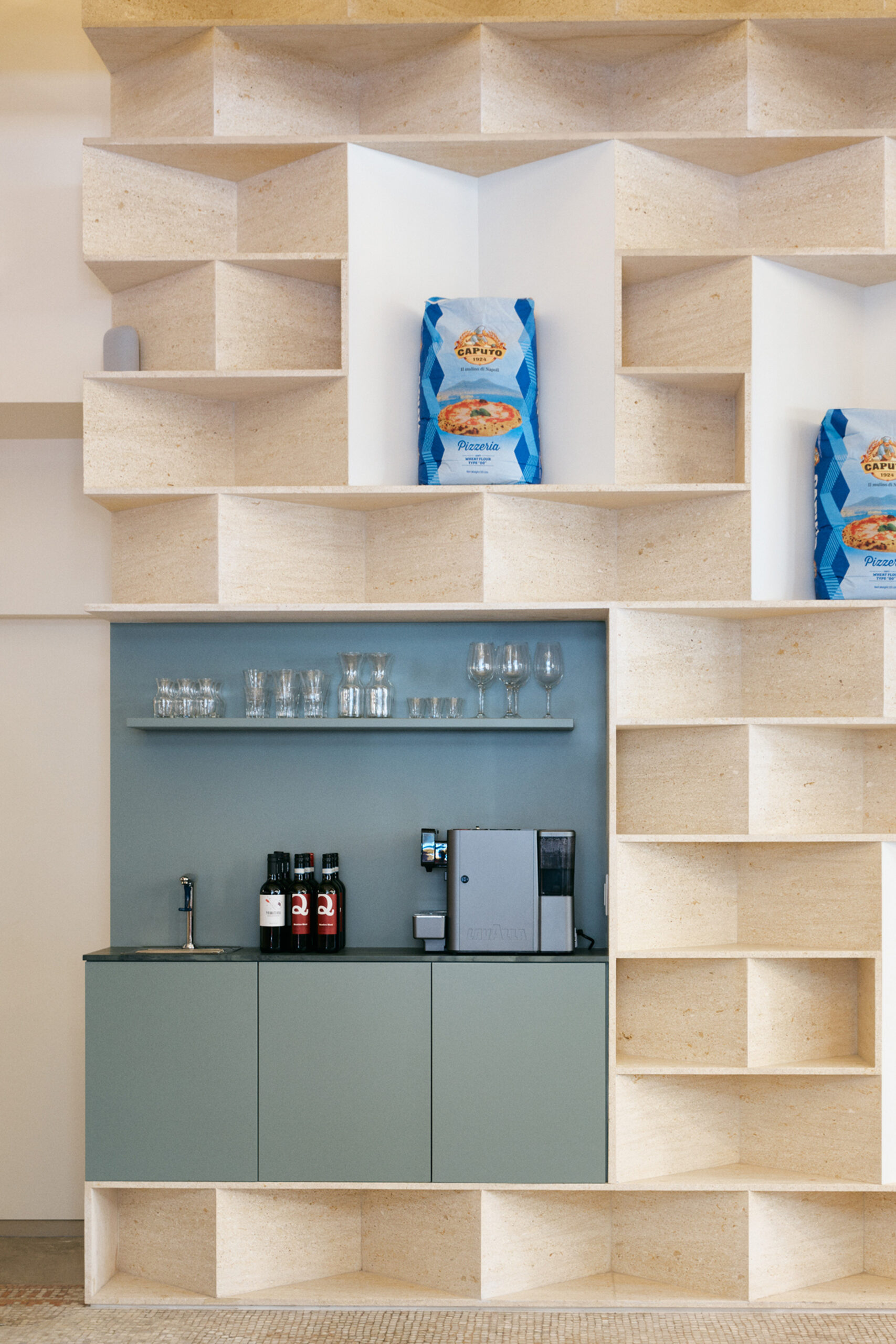 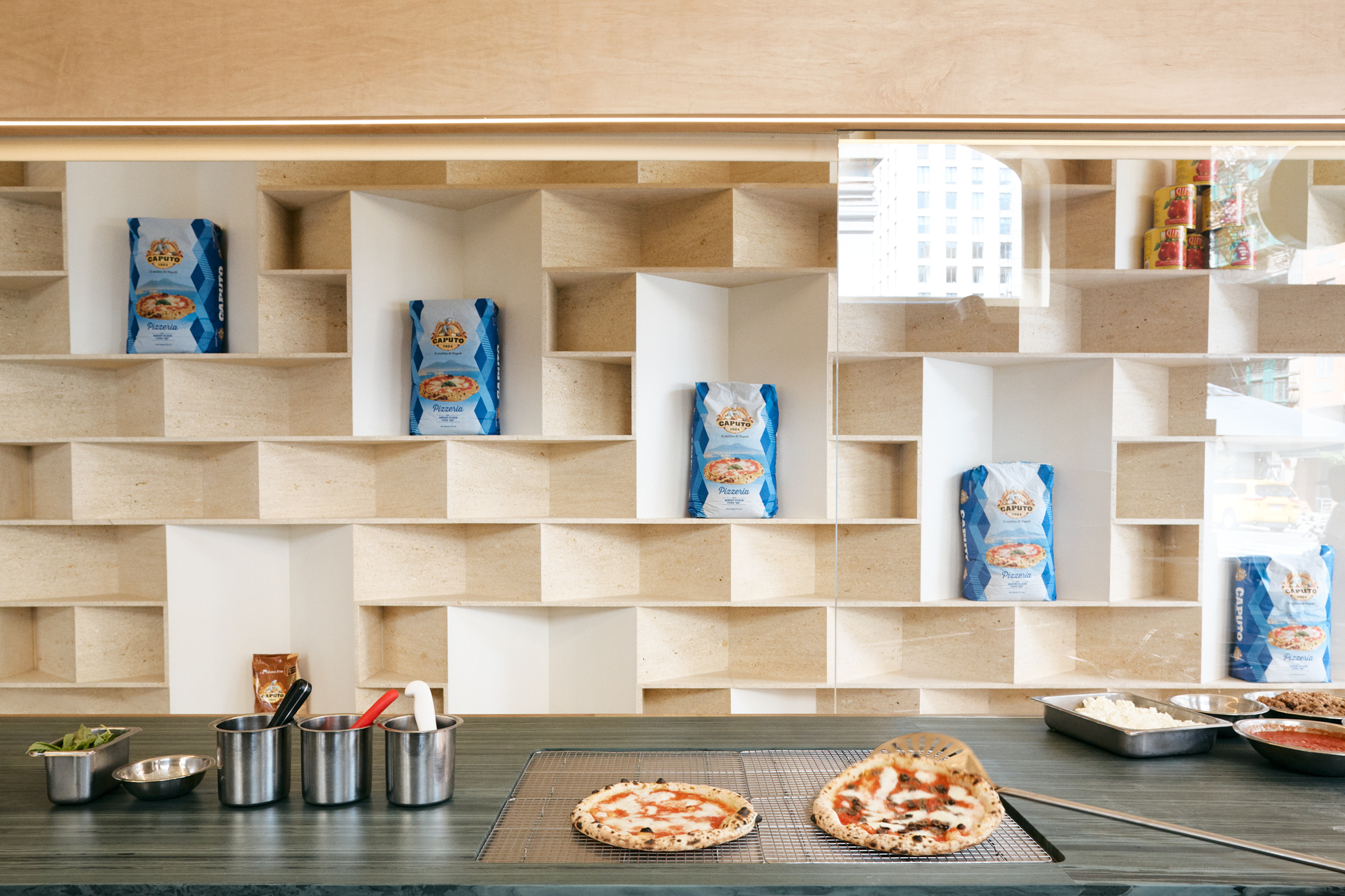 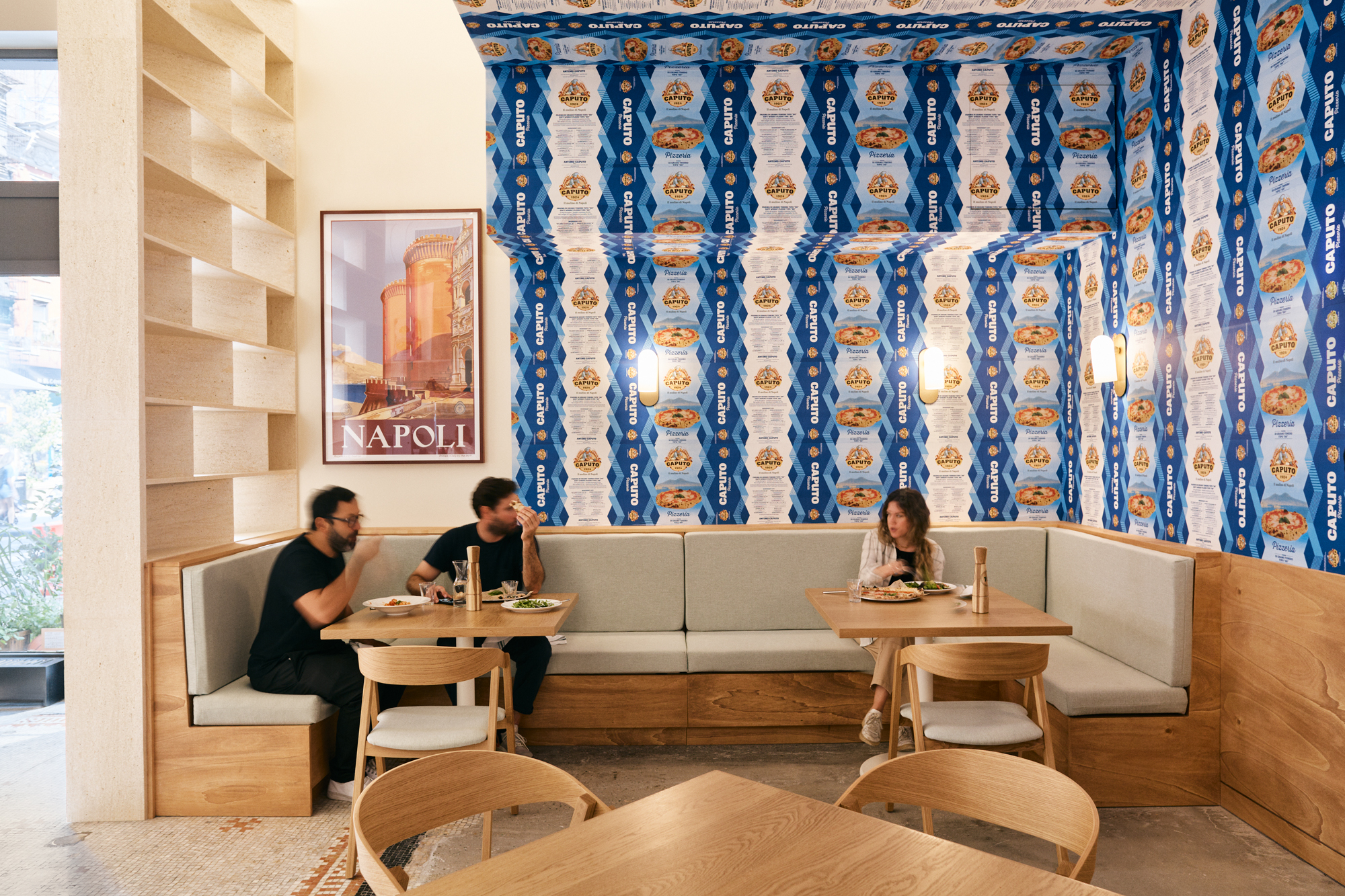 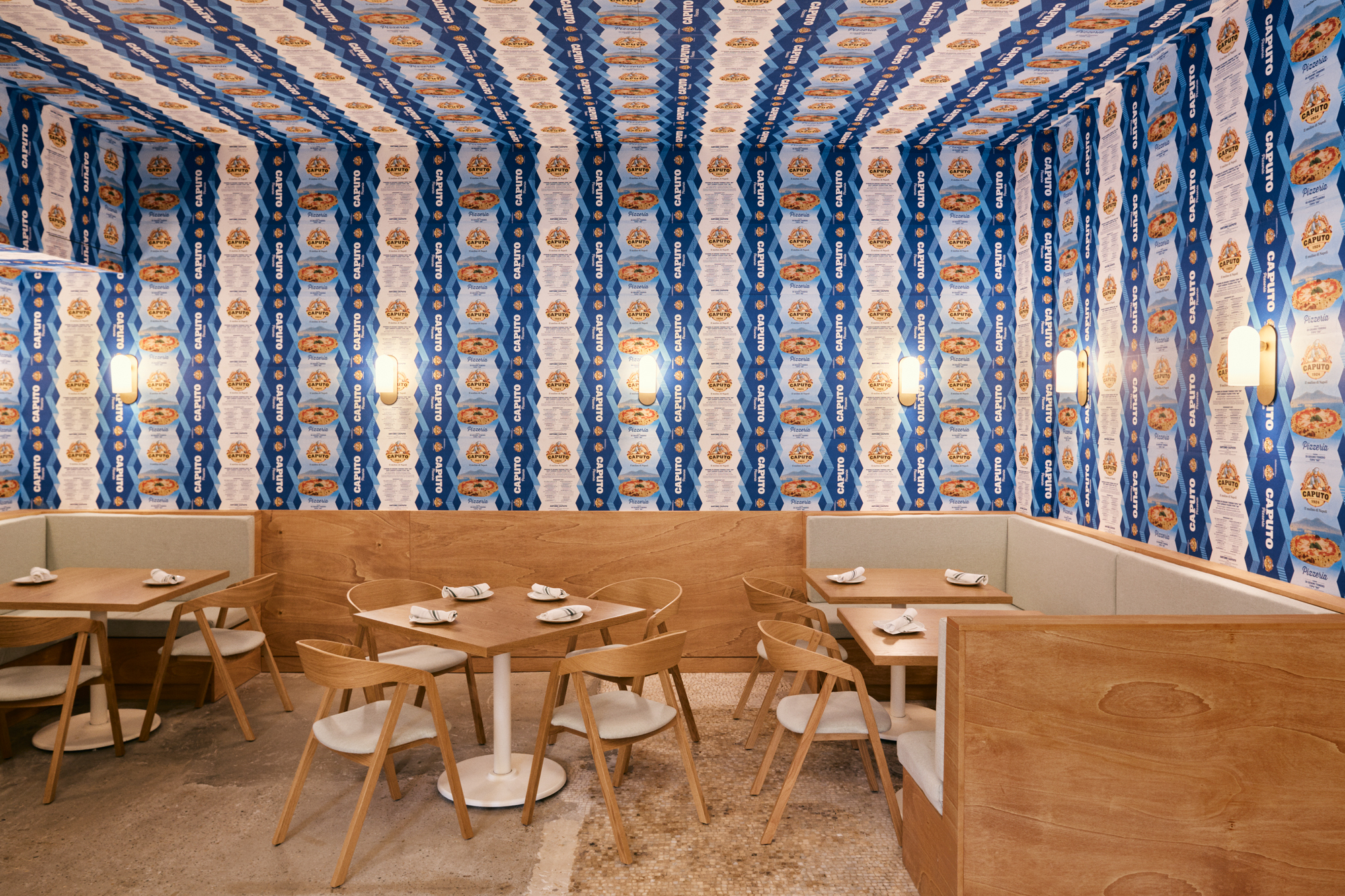 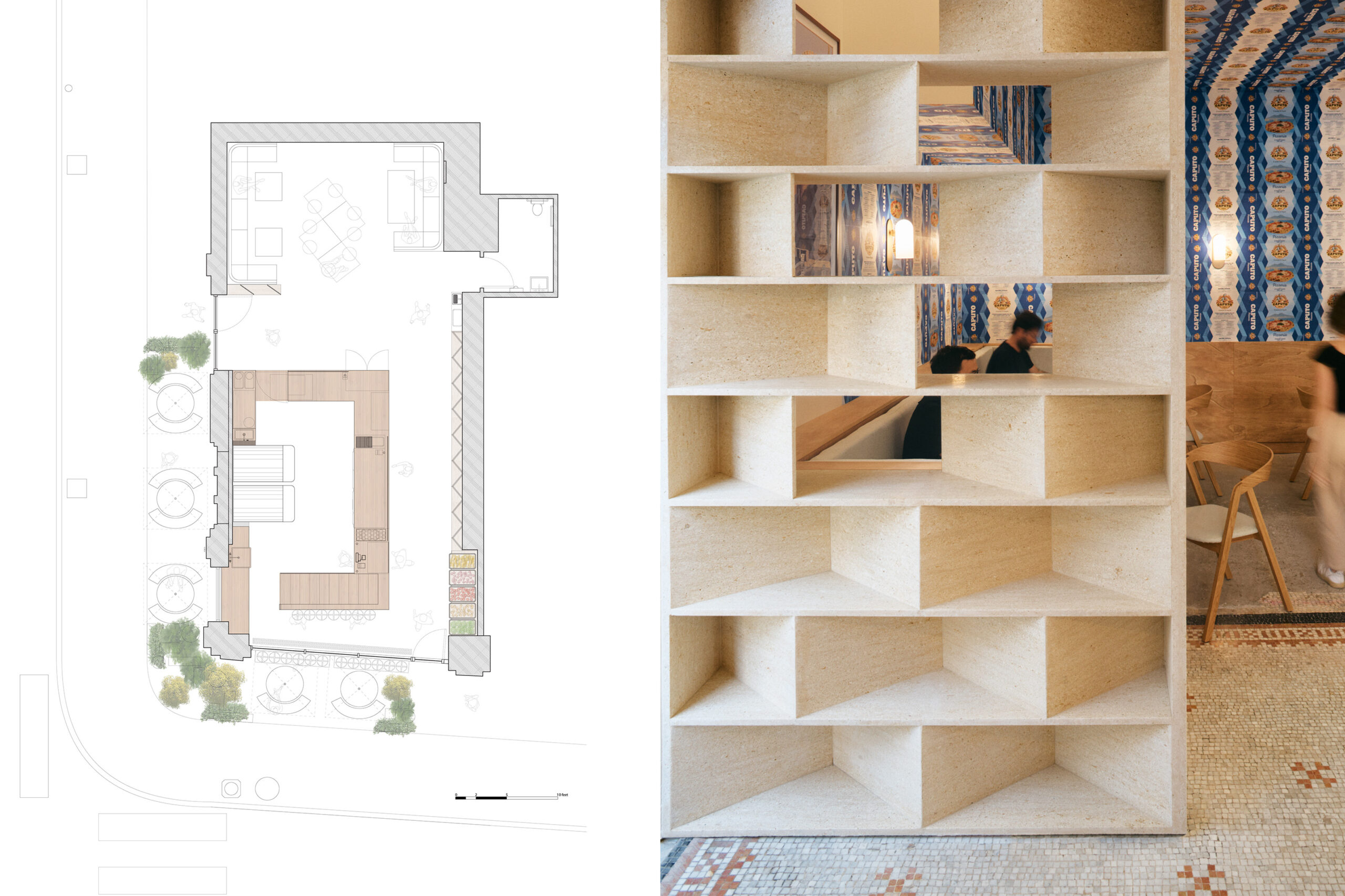 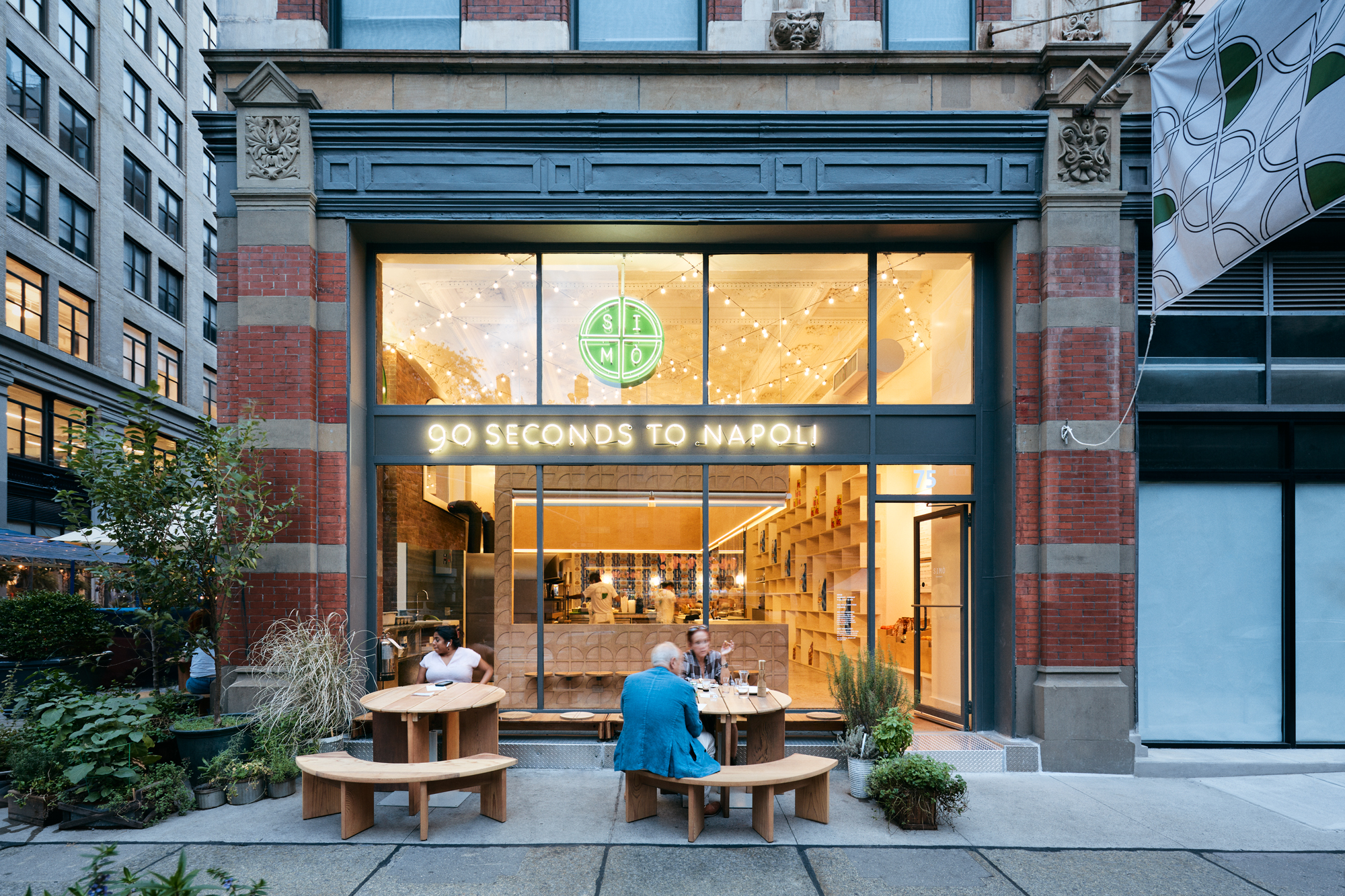 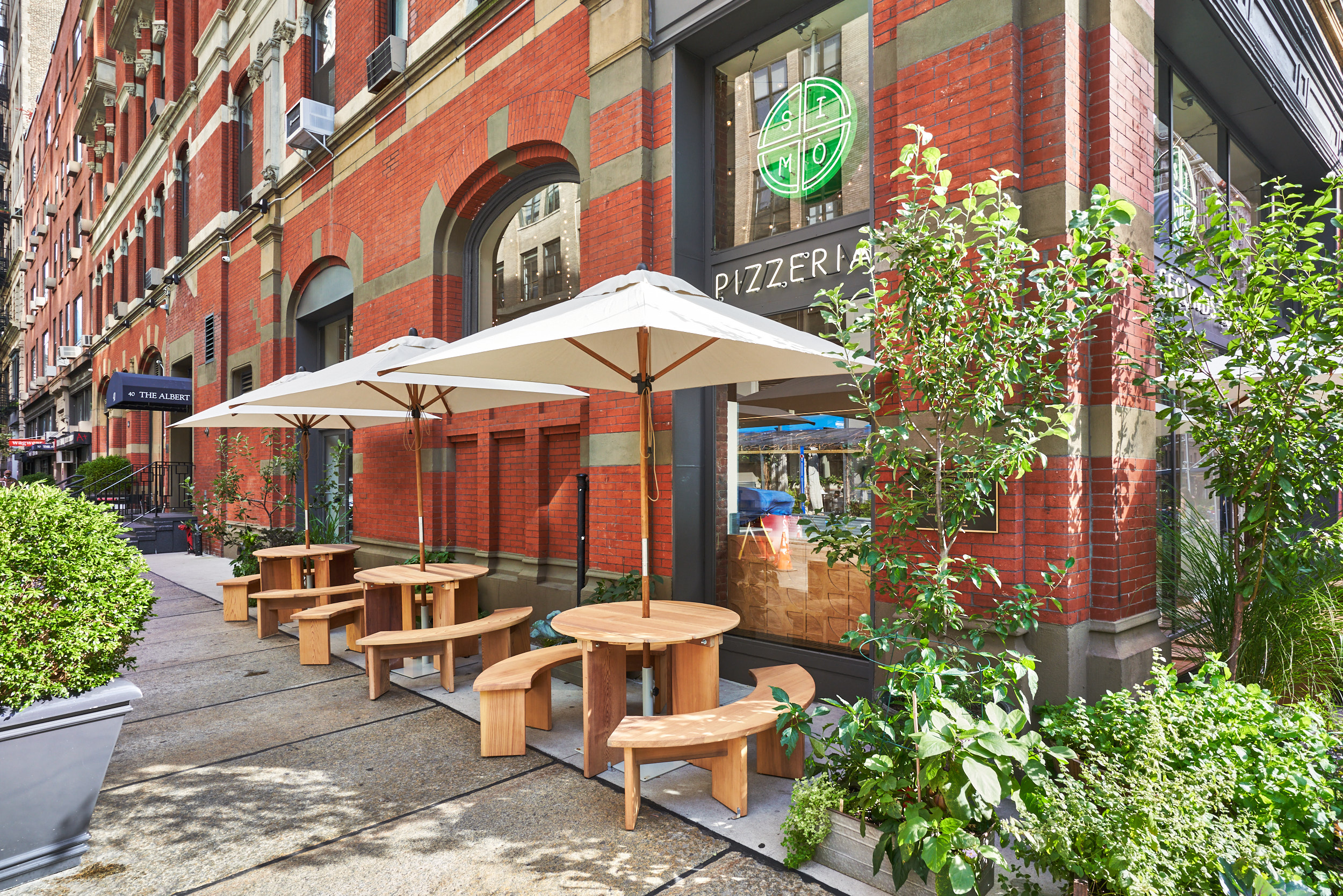